Nearly all women have used some type of birth control at one point in their lifetime, but there are still myths out there 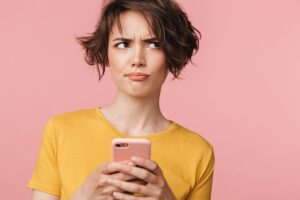 More than 72 million women in the United States are currently using contraception, and probably every one of them at some point has fallen prey to a birth control myth.

Do birth control pills cause weight gain? No.

Do I have to take birth control pills at the same time every day? Yes … and no.

Do antibiotics mess with my birth control pills? Well, one does.

Let’s set the record straight about some of the most common birth control myths. You don’t want to make a mistake based on a myth.

Myth: You only have to take birth control pills on days you are intimate

If you are prescribed birth control pills, taking one every day is the only way to ensure the pills are effective. The pill contains hormones that prevent pregnancy, and consistently taking the pill keeps the hormones at the appropriate levels. So, only taking it on days one has sex will not work.

Some women believe they are only fertile on the day they ovulate, and might think they only need to take birth control pills on that day. First, that’s not true. You can get pregnant with sperm in your body before you ovulate; they can live for about five days, making a woman’s fertility window “open” for around six days a month.

Second, even if it was true, you would have to be 100% accurate in predicting which day ovulation occurs in your menstrual cycle. And it often changes month to month.

Just take them daily. When pills are used perfectly, fewer than 1 in 100 women get pregnant every year. With typical use, which reflects how people actually use a birth control, that number increases to 9 in 100 women.

Myth: You have to take your birth control pill at the exact same time each day

That depends on what kind of birth control pill you are taking. If it’s a combination pill, one that has the two hormones estrogen and progestin, you just need to make sure you take it every day. It does not have to be at the exact same time, but the goal should be to take it at approximately the same time every day. Combination pills are the most common type.

If you are taking a progestin-only pill like Camila, Jolivette or Micronor, you will need to take it within the same 3-hour period each day for it to be effective. A newer progestin-only pill, Slynd, offers a wider timing window similar to combination pills.

Now, it’s a good idea to also take the combination pill at the same time every day, not for its effectiveness but to help establish a routine for making sure you take one every day. For women who have difficulty consistently taking a contraceptive pill, other methods of birth control, such as an intrauterine device (IUD), an implant or a vaginal hormonal ring, might be better options to prevent unwanted pregnancy.

And there are various apps to remind you to take your pill, like this one by Planned Parenthood.

Myth: You have to have a period if you are on birth control

The truth is, the period you have while consistently taking birth control is not a true period. The bleeding is called withdrawal bleeding and not a menstrual period. It may seem strange, but not having a period while on birth control is safe.

IUDs, the birth control shot or hormonal implants can also cause a woman to stop having a period. “Skipping” periods occasionally or permanently while using a hormonal contraception is a safe and normal side effect of contraception.

If you are not on birth control and also not having a period, it could be a sign of a health problem. The lack of a menstrual period may be caused by pregnancy, stress, excessive exercising, an eating disorder or a medical condition. If you have not had a period in 90 days, contact your health provider.

Myth: Hormonal contraceptives are the only effective birth control options

There are also several barrier methods that do not contain hormones (male condoms, diaphragm, female condoms, cervical cap and sponges). These have a higher failure rate than hormonal methods, with typical use being approximately 80% effective.

Myth: The rhythm method is just as effective as other birth control methods

Often referred to as “natural family planning” or “fertility awareness,” this is one of the least effective contraceptive methods, with approximately 75%-80% efficacy. You can increase the efficacy by combining several different fertility awareness methods such as the calendar method and checking cervical mucus and basal body temperatures.

This is an extremely common myth. However, there is no data to support it. In fact, several large studies show no relationship between oral birth control pills and weight gain. Most women gain a moderate amount of weight as they age, whether on birth control pills or not. The one caveat is the injectable contraceptive Depo-Provera. This is the only contraception that there is data showing an association with weight gain, and it’s suspected to be due to its effect as an appetite stimulant.

Myth: You don’t have to take birth control if you’re breastfeeding

Do not completely rely on breastfeeding as an effective form of contraception. It is possible to ovulate by six weeks postpartum.

The criteria to meet lactational amenorrhea as a method for contraception requires three things: a menstrual period has not returned, an infant is exclusively breast fed with suckling at the breast (not pumping) at least every 4 hours during the day and every 6 hours at night in order to cause suppression of the hormones that lead us to ovulate. Even so, this method is also only effective for the first six months with a failure rate of 0.5%-1.5% if truly meeting criteria for exclusively breast fed with latching only.

Actually, there is only one antibiotic that has any proven effects on birth control. Rifampin (Rifadin) decreases the hormone levels necessary for the pill, vaginal rings or transdermal birth control patches to act effectively. If a woman is taking rifampin, an anti-tuberculosis drug not commonly used, a secondary form of birth control is recommended.

This antibiotic does not have an effect on copper IUDs. There are other medications that can make your birth control not work as well, so it’s important to share what medications you take with your healthcare provider.

There are no long-term effects on future fertility from using contraception. This has been supported by extensive research. The National Institutes of Health found that 80% of a study’s participants who stopped using the pill conceived within a year.

Return to fertility after discontinuation varies by method. Fertility resumes promptly after IUD removal and pregnancies occur at a normal rate, but sooner than after discontinuation of oral contraceptives. After removal of the contraceptive implant (Nexplanon), most women resume normal ovulatory cycles during the first month after removal. The birth control shot (Depo-Provera) is the only exception, and return to fertility can vary but could be as long as six to 18 months – though it is possible to get pregnant right away even after stopping Depo-Provera.

While contraception does not impede fertility, if you are trying to conceive but cannot get pregnant after one year of regular, timed, unprotected sex, it may be time to see a fertility specialist.

Myth: Your body needs a break from birth control

Unless you are trying to become pregnant, there is no reason to stop taking your birth control. As long as someone doesn’t have any contraindications or medical problems that develop while on a particular birth control that makes them a poor candidate for that method, it is safe to take birth control lifelong. There are also many benefits to being on hormonal contraceptives, and no evidence that there are risks associated with being on the medication long term.

There are several variables that go in to someone’s risk of developing a cancer, and most research are observational studies, meaning they don’t show a causation. There is data suggesting a slight increased risk of breast cancer among current and recent oral birth control (the “pill”) users compared with nonusers.

However, this risk does not appear to be increased with duration of use. This risk appears to decline after pills are stopped and no increased risk is seen 10 years after stopping. The link between birth control and breast cancer is not totally clear and likely related to someone’s age, family history and the type of birth control pills used.

With any contraceptive method, it’s important to have a risk/benefit discussion with your doctor as there are several beneficial effects of birth control pills.

Myth: Female contraception protects against STDs/STIs (you don’t have to wear a condom)

Condoms are the only contraception that protects against contracting a sexually transmitted infection. There are both male and female condoms.

No birth control is an abortifacient (a substance that causes an abortion). Hormonal birth controls like pills, Depo-Provera and the implant all work by suppressing ovulation, but will not interact with an existing pregnancy. Intrauterine devices that have more of a local effect for contraception do not interrupt an established pregnancy either.

Choosing the birth control that’s right for you

When it comes to contraception, there are so many available options that choosing the “right” birth control method can sometimes feel overwhelming. Dr. Jennifer Pitotti shares the pros, cons and considerations for the most common types of birth control. 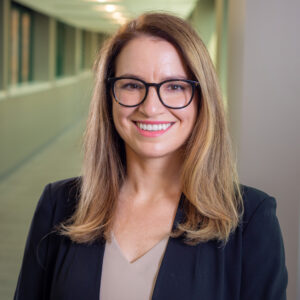 Dr. Peterson is a board-certified OB-GYN and is originally from Grand Rapids, Michigan. She obtained her undergraduate degree from the University of Michigan in women’s studies. She earned her medical degree at Wayne State University School of Medicine in Detroit, Michigan. She completed her residency at the University of Colorado in Denver, Colorado. Following residency, she completed a fellowship in complex family planning at Stanford University while also obtaining a master’s in clinical research and epidemiology at Stanford. She is also a fellow of the American College of Obstetricians and Gynecologists.
Schedule an Appointment
Read Dr. Peterson’s Bio
Newsletter subscribe