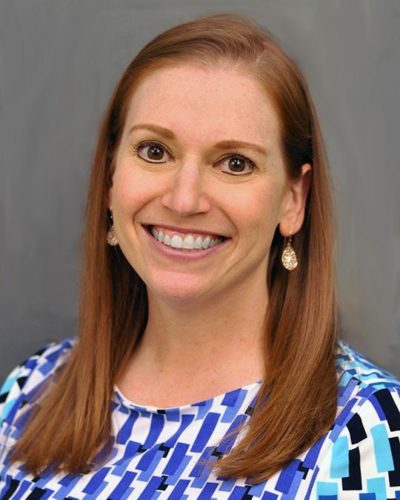 Dr. Herman is originally from Cleveland, Ohio. She obtained her undergraduate degree from the University of Wisconsin–Madison. She attended medical school at The Ohio State University College of Medicine & Public Health and then completed her OB-GYN residency at the University of Missouri–Kansas City. After residency, Dr. Herman was in a private practice at Northwestern Memorial Hospital in Chicago. She joined CU Medicine OB-GYN East Denver in 2007. She is a fellow of the American Congress of Obstetricians & Gynecologists and a board-certified OB-GYN.

As a second generation OB-GYN, Dr. Allison Herman followed in her father’s footsteps to help women feel comfortable with their bodies. Her warm bedside manner and ability to clearly explain healthcare issues help patients understand their plan of care. Dr. Herman considers it a privilege to help women feel empowered about their health, diagnosis and treatment plans.

“I treat each patient as if she were my sister, best friend or mother,” says Dr. Herman. “As the daughter of an OB-GYN, I grew up answering questions from friends because they were embarrassed of their bodies or didn’t understand what was normal. I became an OB-GYN to help women feel empowered to make decisions about their health and well-being.”

Dr. Herman is most proud of the team approach amongst herself, her partners and the staff at CU Medicine OB-GYN East Denver (Rocky Mountain), as everyone values each patient’s unique needs. She loves developing relationships with her patients and the continuity of care an OB-GYN can provide throughout a woman’s lifetime.

In her free time, Dr. Herman enjoys playing with her English bulldog, Fester. She is a member of the Bulldog Club of Denver. She is also a self-professed “foodie” and loves dining out and trying new restaurants. She enjoys traveling, reading fiction and cooking. Dr. Herman is also an avid sports fan.

I treat each patient as if she were my sister, best friend or mother.Dr. Herman

side nav 3 – subpages without children